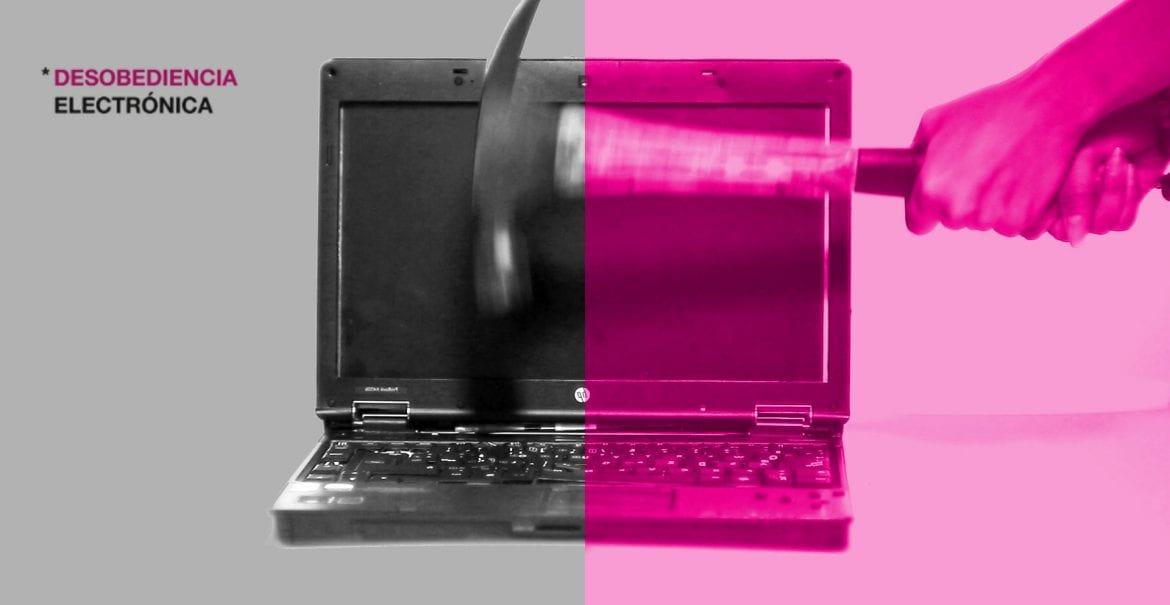 To provoke youngsters to see computers as more than just a magic box from which YouTube videos pop out, was the purpose of a series of workshops in Public High Schools and Assistance and Social Integration Centers.

Opening devices, fragmenting them and “disobeying” the idea that they are a closed object, untouchable and ready to be discarded as soon as the next model arrives, it was what these students did, who, perhaps without full awareness, made a micropolitical gesture of resistance to electronics consumption, which leads us to have 50 million tons a year of electronic scrap.

Accompanying the exhibition, we had cycle of documentary screenings to approach related issues: electronics consumption, urban mining and the huge amount of scrap that migrates from developed countries to throw themselves illegally into the Third World.

The idea of Electronic Disobedience is based on the concept of the artist Ernesto Oroza, Technological Disobedience. Oroza reviews the history of objects in Cuba, during the blockade, where, out of necessity, the population re-uses and dissects the devices to reinvent them and create objects using other objects, for example: TV antennas created with school metal trays.

Is a project to empower high school youth with regard to the use of hardware or computers. We want young people to use the equipment that has been granted to them in the best possible way and that what is no longer useful, electronic scrap, is reused to create electronic art. We want young people to appropriate their equipment, fix them, adjust them or re-invent them and form their own metal bugs.